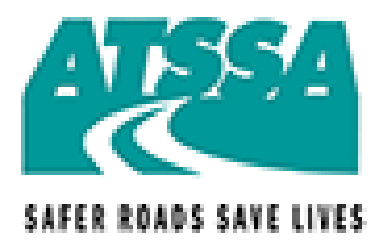 Steel barriers are available in different performance levels to accommodate road and bridge repair.
All steel barriers for roadways have been tested and approved by the FHWA for use on our national roadways.

How to Choose the right barrier?

Choosing the right barrier can be easy, but the right questions must be asked first.

How to determine what barrier is suited for your project?

What protection level is required for your project?

Is the barrier going to be mounted on asphalt or concrete?

Check project details and confirm if the barrier will be seated on asphalt, concrete or both.

What is the allowed length of deflection required?

Deflection will determine how much work area will be effected (or taken over by moving barriers) when a vehicle crashing into them intruding into the work zone.
Project engineering should disclose the amount of safe work area (deflection) required. Once confirmed, we can provide the right barrier according to the limited or maximum deflection allowed on your work plans.
At MDS Barriers, we specialize in limited deflection, so you are at the right place. Call or email us for more information.
Tel: 860-289-8033
Email: info@mdsbarriers.com

Is the deflection limited or standard?

Limited deflection barrier reduces the amount of barrier movement during a vehicle impact into a work zone.
Barriers typically require anchoring along the length of the barrier installation.

Examples of LDS “Limited Deflection Systems” or MDS “Minimal Deflection Systems” are bridge decks and or road construction projects where a limited work area is available and the need to provide a higher level of protection for road workers. Barrier width and deflection contribute more road surface real estate and work zones.

Standard Deflection
What is a Variable Length Barrier?

A variable length barrier is designed to expand and contract over bridge expansion joints. Where a road joins a bridge, or a bridge has several expansion joints, VLB barriers are used to move with the bridge as the joints open and close as temperature changes.
Available for Test Level 4 and Test Level 5 MDS Barriers.

What about transitioning from one type of barrier to another?

There are many types of barriers profiles throughout north America. Connecting barriers together can be challenging. Although there using thrie beam with end boots as a universal solution MDS TL4 and TL5 barrier have specific designed transition elements into W-Beam, Thrie-Beam, concrete barrier, walls and attenuators for seamless installations.

What about Work Zone Protection?

When working along side of a highway or urban city, protecting personnel from projectiles is important as well as sound mitigation such as jack hammering and construction tools & equipment.
The Safebarrier has a universal mount safety screen that simply attaches to the top of the barrier. 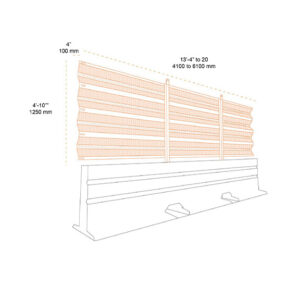 Or there is the sound barrier panels that can be hung to suppress the sound for passing pedestrians, workers and local residents. 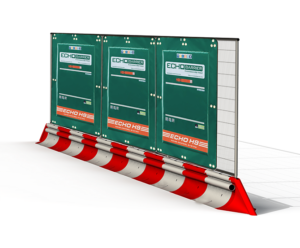 What is MDS Barriers?

The MDS-4 and MDS-5 are an all-steel safety-shape barrier. The barriers have a unique sliding base assembly that is bolted directly to the concrete bridge deck. The base plate is attached to the deck using two deck anchor blots for TL4 and four deck anchor bolts for TL5 with a depth of 5.10″.
See installation manual for more mounting options.

Are MDS Barriers only for bridges?

MDS Barriers were originally designed as permanent bridge railings and eventually have become part of construction bridge rehabilitation projects allowing full TL4 and TL5 work zone containment due to its small 19″ foot print and easy installation with lightweight features.
MDS Barriers are designed to be installed at the edge of a bridge deck typically 1 inch from the edge making it the best choice for temporary barrier for bridges under construction.

Since the barrier was originally designed as a permanent bridge rail/barrier allows the MDS barrier to be reused on the bridge after the rehabilitation project has been completed. Simply use the same TL4 or TL5 barrier used during construction and install it permanently as the new bridge rail system saving time and money.

How much does MDS Barriers weigh?

Do MDS barriers have wheels?

Yes, MDS Barriers have the option of wheels allowing phase construction projects to relocate barriers without the need for heavy equipment.

Both TL4 and TL5 barriers can be used as permanent and temporary applications.